As the gang at Prestige Security Solutions enter 2015 we’ve been fervently anticipating the end of winter. Having spent the last two months working relentlessly on insulation jobs, we’re rather excited about the prospect of slinging up a veranda or two!

Anyway, an easy reading blog this time devised from our many hours of banter. Classic films but alas… classic films about security breaches. Here are our top three favourites… 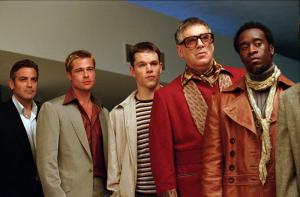 Steven Soderbergh’s remake of the 60’s Rat Pack original might be a fantastical work of Hollywood schlock but it’s hard to deny the film’s sure fire entertainment value. Considering the all star cast we wouldn’t be surprised if their pay checks weren’t all that far off what they earn in the movie’s heist. George Clooney stars alongside a methodical gang of crooked misfits who take on a wealthy casino owner in aid of their own financial and personal shortcomings. It’s all a bit daft but Don Cheadle’s awful English accent is reason enough to give this movie a crack. 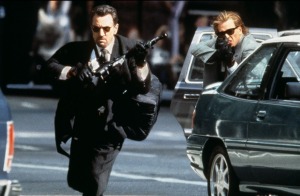 Michael Mann’s 1995 caper seems to have taken on a reputation of its own as the quintessential 90s crime movie. Its popularity is no doubt due to the dual casting of Al Pacino and Robert De Niro, two legendary actors who share a ridiculous scene where they evidently try and out-act each other. Val Kilmer also appears as his usual stoic self – not much to report there. However you look at it, Heat remains a thrilling work of bombastic Hollywood excess and we’d certainly recommend breaking the bank for a copy.

Not only is it a staple of the 1980s action genre but Die Hard is downright our favourite Christmas film ever. John McClane’s manic escapade against the tyrannically camp Alan Rickman has to be one of the most wonderfully effective crime scripts put to film. It’s a simple concept – terrorists heist an LA skyscraper, take hostages, irritate a rogue Bruce Willis and end up a little worse for wear a few hundred feet below. Despite its now classic status the film was in fact a hard sell and nearly entered production hell after the bigwigs saw no ‘star power’ in Bruce Willis. How wrong they were.